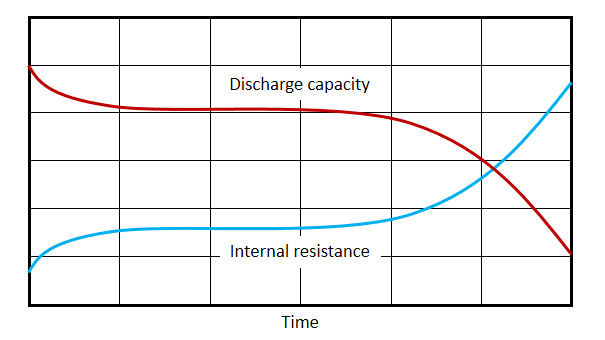 Testing lead acid batteries is a relevant topic for uninterruptible power supplies (UPS). Even though most uf us do not take notice of all the installed UPS systems in our environment, they can be encountered in a variety of facilities: Hospitals, banks, data centers, broadcasting systems, base stations or emergency communication systems to just name a few. And in many cases they are mission critical. Just think of a hospital where actual loss of life is eminent during a power outage, or a bank where a power outage could result in the loss of millions of dollars.


The core of many UPS systems is a bank of large lead acid batteries, which bridge the time between the failure of the power grid and the turn on of the diesel engine, which powers a local generator. An important task in maintaining a UPS system is to regularly check the capacity of the battery bank.

A common approach to assess the capacity of a lead acid battery is to perform a charge-discharge cycle, monitor voltage and current during this procedure and finally assess the quality of the battery based on the obtained measurement values.

In this blog post, I would like to elaborate on a method, called AC method, where the removal of the battery from the UPS system is not necessary and the assessment of a single battery only takes a few seconds.

Instead of performing a charge-discharge cycle to assess the capacity of a lead acid battery, the AC method relies on injecting a small AC voltage at a frequency of 1 kHz into the battery to assess the internal resistance. Extensive research and comparisons of the AC method and the charge-discharge method have shown, that a high inverse correlation of the internal resistance of a lead acid battery and the discharge capacity do exist. (see Figure 1). Comparison measurements performed by Hioki EE Corporation have shown that the correlation factor R2 is around 0.94. Now the question is of course: "how does the AC method work?"

As already mentioned, the AC method applies a small AC voltage with a frequency of 1 kHz to the battery. The reason for applying 1 kHz becomes clear, when looking at the Cole-Cole plot of the impedance of a battery. In the Cole-Cole plot, as shown in Figure 2, the x-axis represents the real part of the impedance and the imaginary axis the reactance. 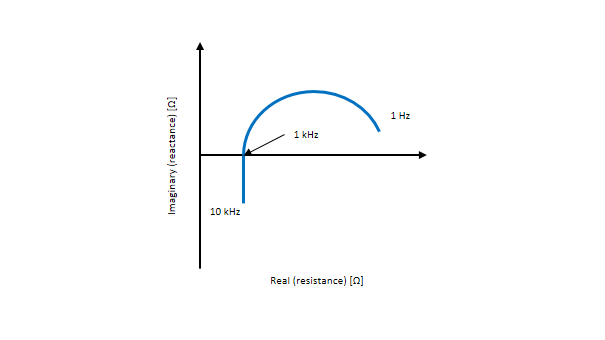 Two regions can be identified in the Cole-Cole plot which are dominated by different effects within a lead acid battery. The first region between 1 kHz and higher frequencies is dominated by the electrolyte of the battery. The conversion into an equivalent circuit would be in a first approximation a resistor which represents the movement of the charges in the electrolyte.

The region below 1 kHz is dominated by the interface between electrolyte and electrode. The charge transfer resistance and the double layer capacitance in parallel make up the equivalent circuit of this interface. The equivalent circuit models for the two regions are shown in Figures 3 and 4. 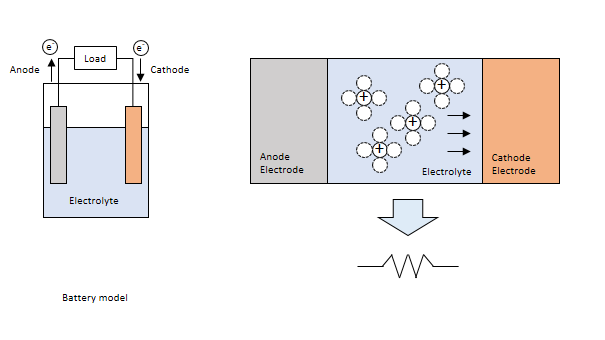 Figure 3: Equivalent circuit of the electrolyte in a lead acid battery. 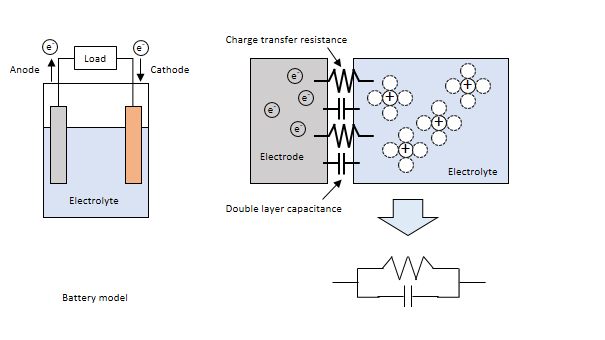 The total equivalent circuit model for a lead acid battery is therefore a resistor in series with a capacitor and a resistor in parallel.

The sweet spot to take the measurement for the internal resistance is at 1 kHz because at this frequency the capacitor acts already as a short and the resistance visible to a measurement instrument is the resistance of the electrolyte in which we are ultimately interested in.

To perform such a measurement, the Hioki Battery HiTester 3554 is the perfect instrument. It makes use of the AC method, is simple to handle and is shipped with 4 termianl pin probes to exclude the lead resistances from the measurement.

One word of advice: do not use the 3554 to assess a lithium-ion battery. In one of my next blogs, I will elaborate on how the Warburg impedance adds another region to the Cole-Cole plot and how this affects the measurement principle.

If you are interested in this method or in a Battery HiTester 3554, give us a call, drop us an email or fill in the contact form. 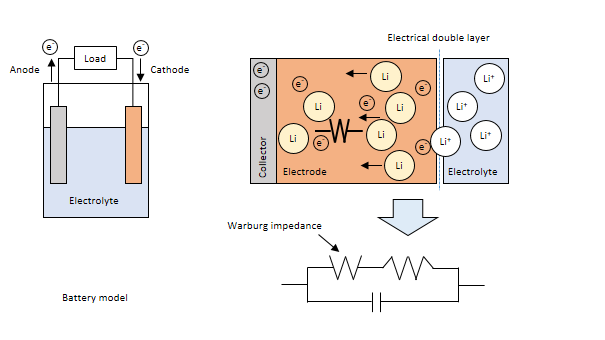